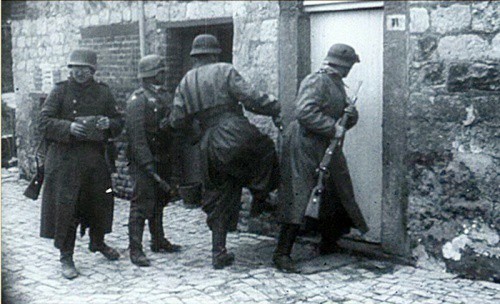 One thing Iâ€™m sure youâ€™re aware of is that those who hunger for power and control are not satisfied until they have it. So where does this all go from here?

You may have already seen the â€œshiftâ€ in rhetoric over the last few weeks. â€œNewsâ€ articles are replicating left and right with the same idea that the non-vaccinated are susceptible to the new delta variant. First of all, this is ridiculous scientifically. Any so called variant is likely to have less than 1% change in itâ€™s makeup. The way immunity works, when youâ€™re exposed to a virus your immune system essentially chops up any virus into fragments then looks at all the pieces. If say 50% or more of those fragments match what itâ€™s seen before, it knows what to do to mount a sufficient response. So slight variations arenâ€™t typically any more deadly unlike something youâ€™ve never been exposed to at all. Could it give you some symptoms like the yearly flu, yeah sure, but will it kill you when youâ€™ve already been exposed to it before, unlikely (yes of course the elderly, the weak, the sick from multiple other diseases are more susceptible to the flu etc but that’s just a fact of life this not being any different or more deadly). Bottom line, otherwise healthy individuals have very little to be concerned about when a virus has a 99.9% survival rate. So hereâ€™s what you can pretty much guarantee at this point in time:

So why then? You can probably finish the script yourself but Iâ€™ll fill you in. There is at least 30-40% of the population now especially those under 30 who will NOT get the vaccine by choice, no matter what they say or do, and they know it. And rightfully so considering the mounting 5000+ deaths and now myocarditis due directly to the vaccine. This is bad BAD news for Big Pharma as it shows younger generations are moving away, just as Big Pharma is moving away from drugs towards vaccines as they hold zero liability. So seeing your future customers moving away from where youâ€™re going is bad news. How do you resolve this?

When asking fails you have to persuade more sternly, so theyâ€™ll first scare who they can…hence all the news the last few weeks about this so-called variant. Problem is the actual pandemic is over with deaths down near 300 a day in the whole country. Now Biden is closing down the empty mass vaccination centers, and says they’ll now go door to door to try to persuade people. When that fails as well they know theyâ€™ll need mandates if theyâ€™re going to win. So if they can create a few stories about the unvaccinated being spreaders maybe they can make it happen. Of course this is ridiculous because IF THE VACCINE WORKED THEN THE VACCINATED HAVE NOTHING TO WORRY ABOUT. This is the same line of thought weâ€™ve joked about for decades yet the line never gets old. When itâ€™s all they have, itâ€™s all they can go with.Â I wonder if they’ll come to my door…

Overdue for an adjustment?

When was your last adjustment? We have thousands on this email list near Mobile and many all over the world. This isn’t a question about “our practice” per se. It doesn’t matter where in the world you live, I’m asking you when your last adjustment was? After a year of constant messages about viruses and drugs and vaccines, don’t you think it’s time you build ABOVE DOWN INSIDE OUT? That’s how health really works, not OUTSIDE IN. It’s time for an adjustment, call your Chiropractor and get there.