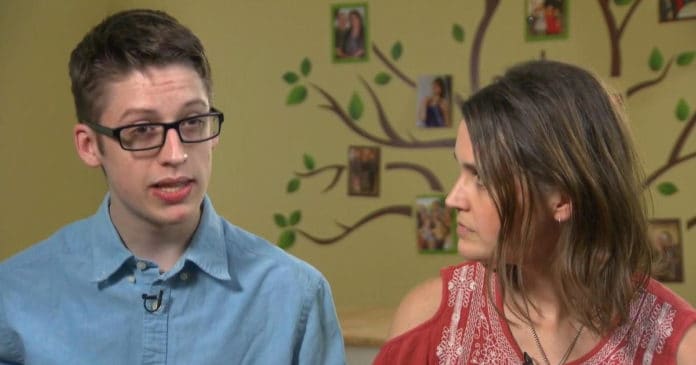 Surely you have seen Measles all over the news as if it’s the worst health disaster to strike in decades. Headlines like “Child Defies Parents Getting Immunized”. Let’s first quickly review a few important facts:

Now taking all those points into consideration, what is different about this year? Why is the media blitzing every outlet, every day, talking about Measles? Why is the government being mobilized? Why are media platforms including YouTube, Google, Instagram, Pinterest, Amazon, and Facebook being pressured to the point of censoring “anti vax propaganda”?

Let me propose that it’s because the powerful pharmaceutical giants are panicking. If you go back 10 years there wasn’t much discussion going on. Today, you surely know more people who don’t vaccinate, and there is certainly more known about the dangers of vaccines than ever before. So they’re seeing their numbers slide fast https://www.washingtonpost.com/national/health-science/percentage-of-young-us-children-who-dont-receive-any-vaccines-has-quadrupled-since-2001/2018/10/11/4a9cca98-cd0d-11e8-920f-dd52e1ae4570_story.html?utm_term=.3a24d99f5a99 and they know where it’s going unless they do something to stop it. But they have a problem. In a nation of free people, in a political climate where “rights” dominate politics, how do you get people to get back on a boat they don’t want to be on?

Fear is the obvious first choice. Do everything you can to scare people. Dominate the talk with your message. But really all that does is keep people on board who already believe what you want. Then, you relabel those who don’t think like you as “vaccine hesitant” instead of what they really are “vaccine refusers”. To your supporters, this reinforces that they’re just ill-informed or too dumb to know the difference, so it’s your responsibility to get the incompetent in line for your own safety. Then, you hope that there is enough public support left to back you before it’s too late, while you force through legislation like in California making vaccines mandatory. Doesn’t it ominously remind you of Revelation 13:17 “And that no man might buy or sell, save he that had the mark, or the name of the beast, or the number of his name.”?

This is all just fantasy and conspiracy theory right? Yeah, no. Were you aware that Fat Tuesday there was a Congressional Hearing literally titled “Vaccines Save Lives”? This was nothing more than a dog and pony show pushing for a Federal government level vaccine mandate superseding the individual states. https://www.help.senate.gov/hearings/vaccines-save-lives-what-is-driving-preventable-disease-outbreaks

I watched the whole thing and Senator Rand Paul, the only one there clearly “not invited to the party”, strongly and eloquently spoke the need for Constitutional preservation of individual medical freedom (to which received the only audible applause of the whole thing). The rest of them were clearly “bought” from the preparation of their questions to the repeated phrases. But where they really bought? Well yeah I did that homework too:

Everyone knows our Government is bought and owned by the lobbyists and campaign contributors who get them and keep them elected. But these are the people making the decisions, and it should scare you to death (much more than fear of Measles), that they’re in position to take away your right to choose what you do with your children. What about when it comes to their own children? Back in 2015 NBC surveyed Congress and while they predictably spin it to say that “Zero responded No”, they laughably detach the fact that 7 of the 434 members “declined to answer” and another 273 just didn’t respond at all. In fact only 121 or 28% of them actually admitted their own children were vaccinated! https://www.nbcnews.com/politics/politics-news/nbc-survey-finds-congress-unanimous-vaccinations-n301831 None of them in right mind would openly admit they don’t vaccinate their own children, that would be political suicide. Whether you are for or against vaccination, does it matter? Understand this is not about Measles, it’s about your health freedom. It might start here, but it doesn’t end here.

Then there was this kid. No experts on the “Anti” side were invited to speak their standpoints, that wouldn’t fit the agenda. But we can bring in an 18 year old high school kid, who clearly has some disconnect within his family life, who will stand on a national platform and make his own mother out to be a fool wearing a tin foil hat, to praise him for his wise and honorable decision to get himself vaccinated against his mother’s will. That’s a great message to American children. But for every story there’s the other side. This one is from his older brother Issac, discussing how his brother is unfortunately being pimped out by the drug companies. As an 18 year old kid you might think it easy to get swept up in that kind of attention after all. http://revolutiontelevision.net/video/ethan-lindenberger-brother-isaac-reveals-ethan-is-being-used-as-a-pharma-pawn-to-push-mandatory-vaccines/

This was long, much longer than my usual posts. But I hope you’ll forgive me, there is just too much to say and so much more could be said. This is only a tiny piece of it all. The bottom line is this, I fully respect your right to make whatever choice you make for your family. If you choose to vaccinate you have that right and I have no say in it. But understand those of us that choose not to don’t do it because of “the internet”. It’s a calculated decision, and we too have that right to make it. What we share is the common desire to be FREE to make those decisions, not have others make them for us. So be watchful of how they steer the conversation, how they manipulate the fears and emotions of us all in order to get us fighting. That’s the entire point is to wage a war! Because in this environment, in this time, it’s only in the midst of conflict that they can step in and say “if you give us your will, we can finish it”. Isn’t that how every war begins?